Top 10 listed companies holding the most bitcoins in the world 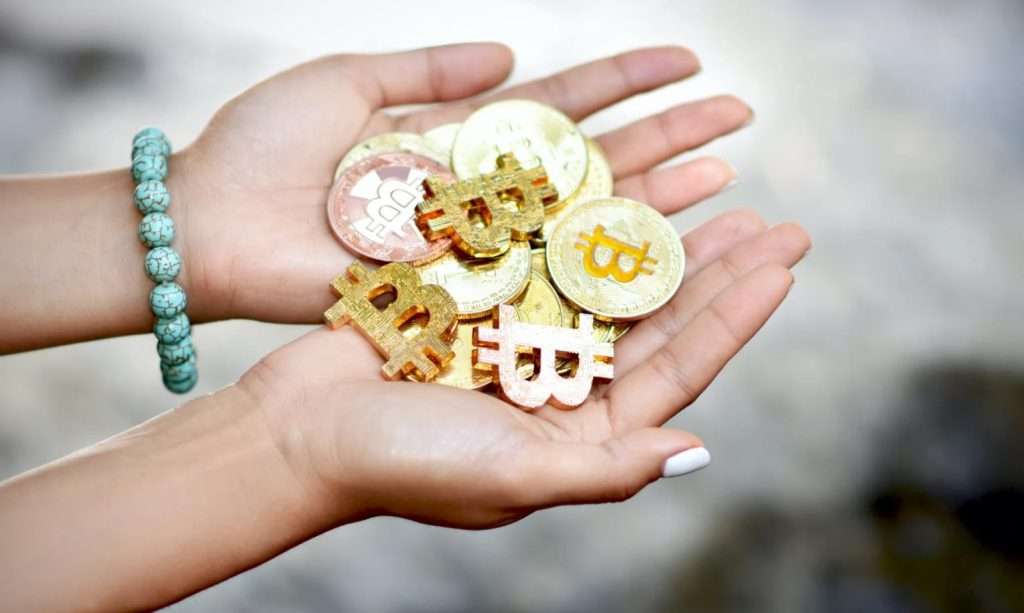 According to data compiled by the authoritative Bitcoin data website Bitcoin Worldwide, the current top 10 listed companies that own Bitcoin are counted.

The well-known business analysis platform MicroStrategy has adopted Bitcoin as its main reserve asset. Throughout 2021, the company that produces mobile software and cloud-based services has been buying bitcoins frantically. MicroStrategy CEO Michael Saylor once described it this way: His company buys $1,000 in Bitcoin every second.

Unlike other CEOs who are unwilling to disclose their personal investments, Saylor publicly stated at the end of October that he personally holds 17,732 BTC. It is currently valued at more than US$832 million.

According to data from BitInfoCharts, this makes Saylor one of the top 100 Bitcoin owners. Assume that all bitcoins are stored in one address. For the CEO of MicroStrategy, this is a big change. He tweeted in 2013 to question Bitcoin, saying that “Bitcoin has only a handful of days left, and it will embark on the path of online gambling.”

On New Year’s Eve 2020, Morgan Stanley revealed that it has purchased a 10.9% stake in MicroStrategy, and MicroStrategy is seeking to allow other companies to invest in Bitcoin. In February 2021, it held a Bitcoin event for the company during the World.Now conference, aimed at keeping the company up with the pace of crypto assets. During the meeting, Saylor stated that he expects a “large number of companies” to add Bitcoin to the balance sheet in the coming year.

In a speech at Binance Blockchain Week, Saylor explained why he chose Bitcoin instead of gold as a reserve asset:

“The return of gold does not look as compelling as Bitcoin. If you are looking for a store of value for non-statutory derivatives in an inflationary environment, then you will choose Bitcoin, which is a logical digital gold.”

Electric car manufacturer Tesla has joined the ranks of companies holding Bitcoin, and a document from the US Securities and Exchange Commission shows that the company has invested “a total of 1.5 billion U.S. dollars” in the cryptocurrency. The company’s 42,902 BTC is currently worth 2.04 billion U.S. dollars.

Tesla sold 10% of its Bitcoin holdings in the first quarter of 2021; according to CEO Musk, this is “proving the liquidity of Bitcoin as an alternative to cash held on the balance sheet.” .”

According to documents submitted to the US SEC, Tesla’s purchase of Bitcoin reflects an updated investment policy designed to diversify its cash on hand and maximize returns. The document stated, “We may invest part of this kind of cash in certain alternative reserve assets designated in the future, including digital assets, gold bars, gold exchange-traded funds and other assets.

In late January 2021, Musk changed his Twitter profile to #Bitcoin. In retrospect, it seems to imply Tesla’s interest in cryptocurrencies.

However, Musk’s relationship with Bitcoin is not always positive. After announcing that Tesla would accept Bitcoin payments for its products and services in March 2021, just two months later, the CEO suddenly announced that the company would no longer accept cryptocurrency payments.

Musk said on the grounds that the use of fossil fuels in bitcoin mining and trading is rapidly increasing. The company will not sell any bitcoins it holds, and will consider again after mining “shift to more sustainable energy”. It is used for trading. He later clarified that once miners use 50% of clean energy, the company will resume using Bitcoin for transactions.

Musk became an ardent supporter of Dogecoin in 2021, and he announced that Tesla will enable Dogecoin purchases for certain Tesla products.

According to bitcointreasuries.org, as the largest bitcoin institution holder directly involved in the crypto industry, Galaxy Digital Holdings, a commercial bank that focuses on crypto, holds 16,400 BTC. At current prices, the value is slightly higher than $779 million.

The company was founded by Michael Novogratz in January 2018 and has partnered with crypto companies including Block.one and BlockFi. Novogratz is a loyal supporter of Bitcoin. In April 2020, he pointed out that the stimulus measures announced in response to the new crown are driving people’s interest in cryptocurrencies, calling this a “moment” for Bitcoin.

However, later this year, Novogratz believes that the volatility of cryptocurrencies means that gold is a safer bet, noting, “My feeling is that Bitcoin performs better than gold, but I will tell people that they hold more than gold. There is much less gold, just because of volatility.”

In September 2021, Galaxy Digital and Invesco jointly submitted a Bitcoin spot ETF application. So far, the US Securities and Exchange Commission has only approved the Bitcoin futures ETF.

According to bitcointreasuries.org data, crypto broker Voyager Digital holds 12,260 BTC, which is worth about 582 million US dollars at current prices.

The company aims to provide a one-stop service for trading digital assets. The quarterly revenue reported in May 2021 was US$60.4 million, a 16-fold increase from the previous quarter. The then CEO Steven Ehrlich said:

“We see the exponential adoption of cryptocurrency as a recognized and investable asset class.”

In the documents submitted to Canadian regulators in June 2021, the company adopted a more cautious tone, stating that “the sharp drop in the price of Bitcoin may have a significant adverse impact on the company’s operating results” and pointed out that in March 2020 The “dramatic drop” in the price of Bitcoin is the result of market uncertainty surrounding the new coronavirus pandemic.

The open interest is 8,207 BTC, which is worth 381 million U.S. dollars at current prices.

Since then, Block has continued to invest in Bitcoin and disclosed in its fourth quarter 2020 earnings statement that it has purchased approximately 3,318 Bitcoins at a total purchase price of $170 million. Considering that CEO Jack Dorsey is an avid supporter of Bitcoin (even running his own Bitcoin node), this may not be surprising.

At the time, the company described the investment as “part of Square’s ongoing commitment to Bitcoin” and stated that “the company plans to continue to evaluate its total investment in Bitcoin compared to other investments.”

Block’s Bitcoin holdings now reach 8,207 BTC, which is worth 381 million U.S. dollars at current prices. It has not changed its attitude towards Bitcoin. In March 2021, the company’s chief financial officer, Amrita Ahuja, stated in an interview with Fortune magazine that “there is absolutely a reason for bitcoin on every balance sheet” and reiterated that the company holds “long-term” crypto assets. Promise of.

In May 2021, after Ahuja stated that the company had no further plans to purchase Bitcoin, the company reiterated its commitment to the Bitcoin purchase strategy. Block also made further efforts to establish the Bitcoin ecosystem, launched a $5 million fund to further develop crypto education, and defended Bitcoin through white papers to defend the environmental impact of cryptocurrencies.

The company is also involved in Bitcoin technology and announced plans to develop a Bitcoin hardware wallet in July 2021. The company changed its name from Square to Block in December 2021. Dorsey announced that he will resign as CEO of Twitter and focus on At the payment company.

Bitcoin mining company Marathon Digital is also a large holder of Bitcoin. Its corporate treasury holds 7,649 BTC, which is worth about 363 million U.S. dollars at current prices.

The company used to be a patent holding company (known as patent madman), and then turned its business to cryptocurrency mining, aiming to build “the largest bitcoin mining business in North America” ​​with the lowest energy costs.

The company performed well in 2021, starting with a $200 million funding round this year, and then ending with a $150 million bitcoin purchase in January. In the past year, driven by Chinese crypto miners going overseas, its stock price has soared by more than 3,000% (so far this year, the stock price has outperformed Bitcoin).

According to data from bitcointreasuries.org, Canadian crypto mining company Hut 8 holds 5,242 BTC, valued at US$249 million.

In June 2021, the company was listed on the Nasdaq Global Select Market under the HUT code. The company filed with the US SEC stated that it is “committed to increasing shareholder value by increasing the number and value of bitcoins it holds.” .

In June 2021, Hut 8 shared the ambitious goal of mining 5,000 BTC by the end of the year; as the company snapped up new mining machines and China cracked down on Bitcoin mining, the company is optimistic that the favorable geopolitical environment will greatly enhance its mining Mine business.

Arguably the most famous cryptocurrency company in this list, the cryptocurrency exchange Coinbase was directly listed on the Nasdaq in April 2021. This move was hailed as a milestone in the crypto industry, although Coinbase’s share price decline did not prove it; COIN made its debut at a price of US$381, and was about US$250 at the end of the year.

Before going public in February 2021, Coinbase revealed that it holds $230 million (4,482 BTC) worth of Bitcoin on its balance sheet. Brett Tejpaul, Coinbase’s head of institutional sales, said that since its establishment in 2012, the company’s balance sheet has been holding bitcoin and other cryptocurrencies. He stated that the company plans to maintain its investment in cryptocurrencies because it believes in the long-term potential of the crypto economy.

Riot Blockchain, a US-based crypto mining company, holds 3,995 BTC, which is worth US$189 million at today’s price.

With its valuation soaring from less than US$200 million in 2020 to a high of more than US$6 billion in 2021, the Nasdaq-listed company has been actively expanding recently. In April 2021, it spent US$650 million to build a 1 GW bitcoin mining facility in Rockdale, Texas; it described the acquisition as a “transformative event” that would make the company “the largest in North America” Of publicly traded Bitcoin mining and custody companies”.

Despite this, Riot’s share price has been falling since it hit a record high in February 2021; at the time of the acquisition of Rockdale, its transaction price was US$48 per share; by December 30, it had fallen to about US$23 per share, a drop of up to 52%.

The German-based venture capital firm Bitcoin Group SE holds 3,947 BTC, which is worth US$187 million at today’s price. Its investments include cryptocurrency exchange Bitcoin.de and Futurum Bank, which merged in October 2020 to form “Germany’s first crypto bank.”

This move was made after the German Parliament decided to allow banks to sell and store cryptocurrencies. Marco Bodewein, the managing director of Bitcoin Group SE, emphasized that there will be an opportunity to introduce the “high return and security features” of crypto to institutional investors in banks.