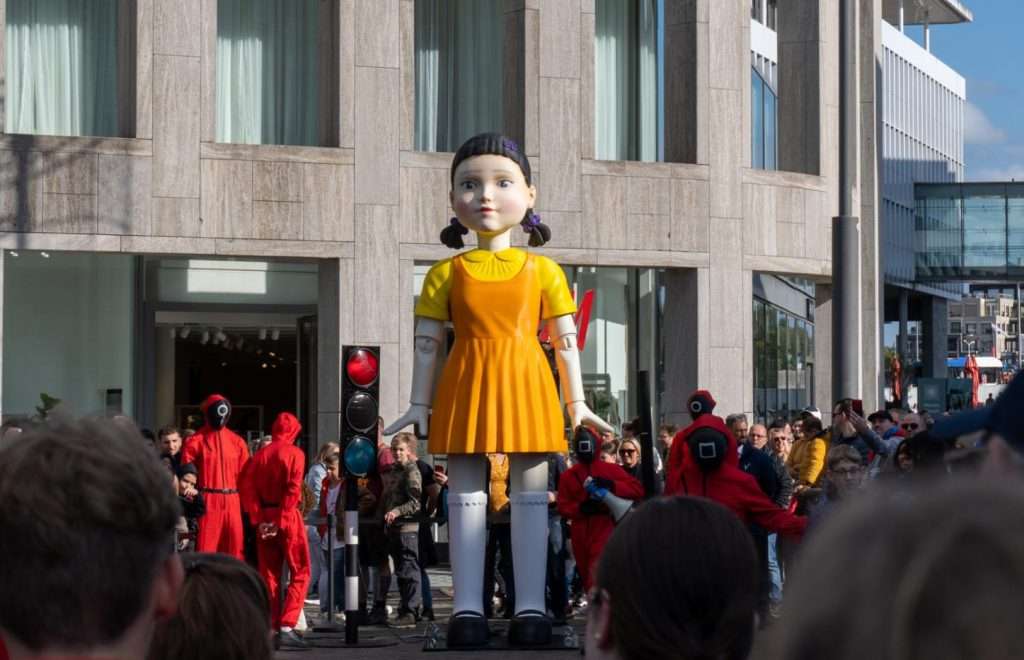 The same GameFi appeared during the “Squid Game” hit. On the BSC chain, a game named Squid Game imitates the plot. The lure of huge ultimate prizes to attract players to compete. Every time players pass a level, they need to pay a certain amount of “Squid Coins” SQUID as an entrance fee.

On November 1, SQUID skyrocketed tens of thousands of times to a maximum of $2,861.80. But just 5 minutes later it plummeted by 99.99% to 0.0007926 US dollars. According to game players, the developer designed an “anti-dumping mechanism.” The token cannot be sold at a high point, and participants can only watch it fall to the bottom.

After this incident, Binance Exchange launched an investigation. In the end, it was determined that this squid game was a scam. In this game, all players lose. Browser data shows that more than 40,000 people still held the token after the project crashed.

Squid Game has a negative impact. Building chain games around popular and well-known IPs is becoming an effective means of attracting traffic quickly, attracting many developers to follow suit.

On November 4, another “Squid” game SquidGame Online appeared. In addition to the gameplay, it also opened the betting gameplay, which is considered by some players to have gambling elements. Nyan Heroes, a game based on PlayerUnknown’s Battlegrounds, is in preparation. “Fishing Master” games and chain games like Flappy Bird also appeared.

When “Squid Game” was broadcast, blockchain application developers took a fancy to this popular IP. On October 26, Squid Game, which has the same name as the web drama, landed on the BSC chain. The design mechanism of this blockchain game is based on the cruel plot in “Squid Game”. Players want to participate in the game and get the final bonus, need to go through 6 rounds of competition. And to enter each round of the game, you need to purchase “Squid Coins” SQUID as an entrance fee. Token consumption has been increasing from 456 in the first round. In the sixth game, the admission fee will be increased to 15,000 SQUID.

Initially SQUID was released on Pancake Swap at a price of $0.01. With the help of “Squid Game” players followed one after another. In order to participate in the game, participants had to buy SQUID coins, and the price of them skyrocketed.

The craziest moment happened on November 1. SQUID soared 3800 times to $38 in the early hours of the same day, which made it attract more people’s attention. In the next few hours, SQUID continued to skyrocket until it rose to $2861.8. However, because the developer designed an “anti-dumping mechanism.” Those who participated in the game found that they couldn’t realize the tokens in their hands at all.

The unfortunate scene happened soon. Only 5 minutes after reaching the high point, SQUID lightning plunged to $0.0007926. Compared with the high-point flash crash, it is 99.99%. This “Squid Game” was eventually wiped out.

Previous ArticleMonsta transaction and transfer function has been turned on
Next Article Metaverse value index today is 1313.53 points