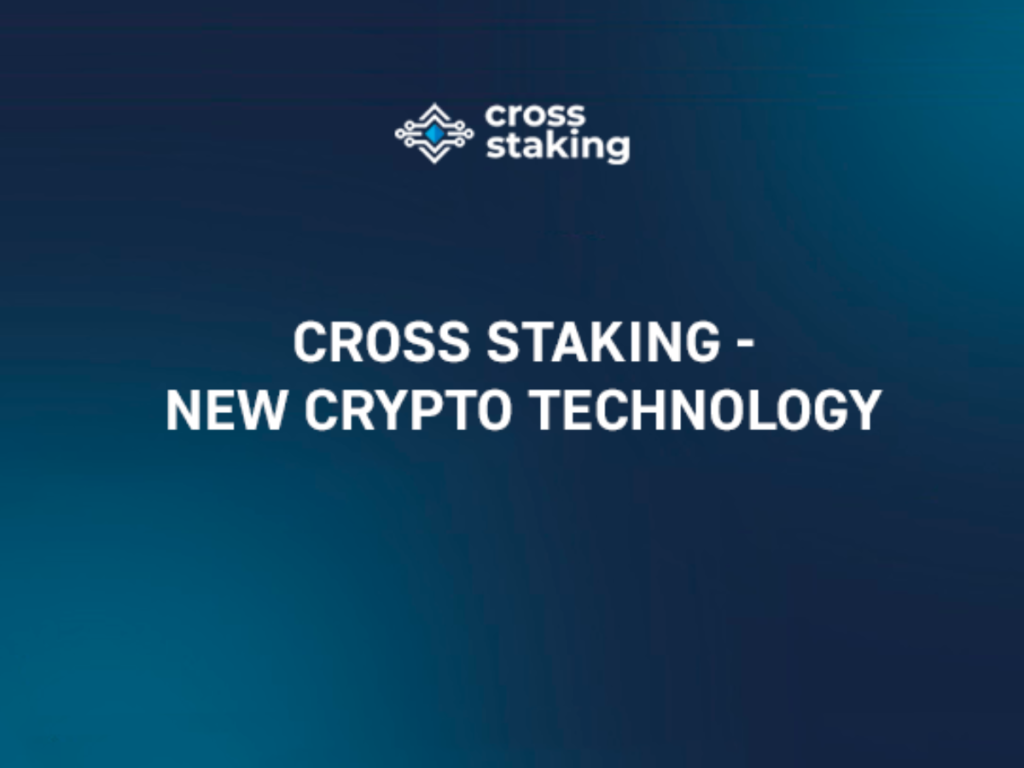 The long-awaited Cross Staking conference dedicated to cross-staking was held from June 11 to June 12, 2022, in Denver, USA. The organizers were: Owen Tao, the director of Cross Staking; Brian Yang, a leading specialist of the company; Anthony War, a chief architect; as well as other team members. Among the conference attendees were startups, investors, and experts in the cryptocurrency market.

Many topics were touched upon during the conference, but mainly the prospects of using Cross Staking for cryptocurrencies with Proof-of-Work (PoW) consensus were discussed.

“Thanks to blockchain technology, the operations of market participants become transparent and understandable, but, unfortunately, today’s obsession with PoW consensus only slows down the development of the industry. And the huge amounts of electricity that are needed to scale with this consensus forced developers to think about an alternative. Therefore, recently we have seen attempts to switch to Proof-of-Stake (PoS) – a more environmentally friendly alternative. Such a transition takes a very long time, which has already been proven by the example of Ethereum. That is why we created Cross Staking, a solution that will help the crypto industry forget about the factors holding back its development and continue active scaling and development,” Lou Kerner, a member of the Advisory Board at Blockchain Co-investors, said during the opening.

Digital security was also discussed at the conference. So, Stefan Rind, the head of the IMO company, said the following: “We know that the blockchain has qualities that allow it to be used for cyber defense. On the other hand, we also know many examples when crypto projects were attacked, as a result of which users lost millions of dollars. Cross Staking technology may become the missing piece of the puzzle that is required to ensure the security of the blockchain. We already know that Cross Staking combines the protection of the main and created networks, thereby improving the security of both. In other words, to crack the first chain, it is necessary to crack the second one. Thus, we get a higher level of security and anonymity, and the transaction speed for users becomes 2-3 times higher.”

Of course, the Cross Staking team spoke in detail about their protocol. It is possible to highlight the speech of the executive director Owen Tao, who told what benefits the project brings to ordinary users: “Our second-level hybrid protocol allows staking providers to stake cryptocurrencies based on the PoW consensus. Before the creation of Cross Staking, such coins could only be mined, but now users can stake Bitcoin, Litecoin, and other tokens on the PoW consensus. Thus, by combining the PoW and PoS protocols, the technology creates a system that allows you to earn with greater stability and profitability.”

The conference was attended by representatives of Prime Stake and Oreol Staking, providers that have already implemented Cross Staking technology. If you want to receive a large passive income from your crypto assets, then go to the site of one of the providers and start earning.

Jeff Moore, the founder and CEO of Prime Stake, said: “Cross Staking technology combines all the best that PoW and PoS consensus algorithms have. Thanks to cross-staking technology, our company has received a long-awaited opportunity for all investors to stake PoW coins.”

Michael Saylor, the co-founder, and CEO, spoke on behalf of Oreol Staking: “Thanks to Cross Staking technology, we can provide the highest level of asset protection and maximize the profits of our users. We have been working on the cryptocurrency market since 2021, and our goal is to replace mining with a highly profitable and environmentally friendly alternative to Cross Staking. We see great prospects in popularizing this technology and are proud that the blockchain industry is becoming more environmentally friendly right before our eyes.”

As part of the development of Cross Staking technology and its improvement, plans for 2022 were announced:

Summing up the results of the conference, all speakers noted the importance of introducing this technology, which will significantly reduce the amount of electricity consumed, as well as open the doors to the world of cryptocurrencies for a large number of new users. Although PoW still has a lot of fans, every day more and more people recognize its shortcomings and realize that a different approach is needed. Working with Cross Staking providers, each user receives good rewards from staking PoW coins, and also contributes to the eco-friendly development of blockchain technologies. If you want to receive passive income from your crypto assets with daily payouts and good interest right now, go to the website of one of the providers: Prime Stake or Oreol Staking