Jay Chou is trapped in the Metaverse Why are the stars so keen on NFTs? 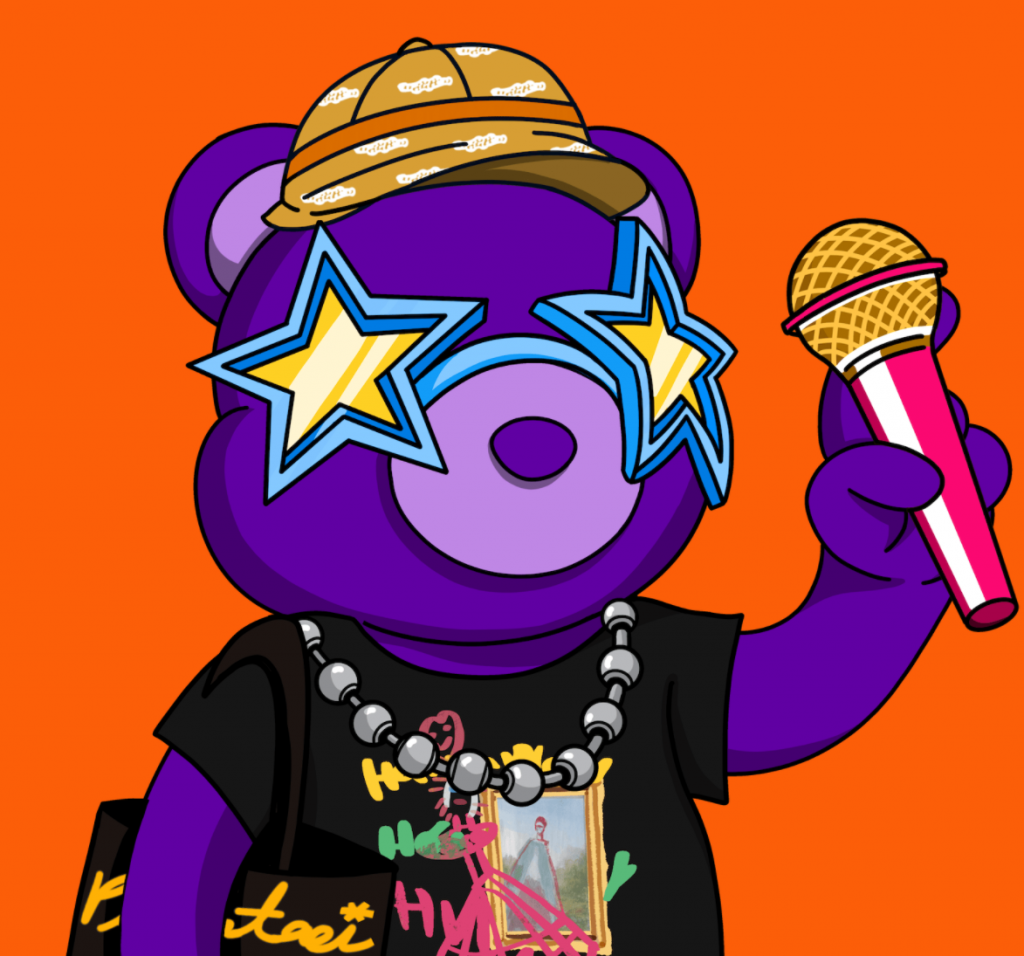 January 1, 2022, the first day of the new year. Chinese pop singer Jay Chou wrote on social media, “In 2022, I will change my avatar for a few months and feel the feeling of the Metaverse”, and then changed his social avatar to an NFT called Phantom Bear.

On the same day, Jay Chou’s trendy brand PHANTACi cooperated with NFT platform Ezek to release the Phanta Bear series of NFTs, with a total of 10,000 issued. The series was sold out within 40 minutes, with sales of about 62 million yuan.

Just after fans scrambled to pay, Jaywell Music Co., Ltd. (hereinafter referred to as “Jerwell Music”), founded by Jay Chou, posted on Weibo, “Recently, the outside world mistakenly thought that ‘Phanta Bear’ jointly launched by PHANTACi and a certain website. NFT is related to Jay Chou. The company emphasizes that this business behavior has nothing to do with Jay Chou! Nor is Jay Chou launching NFT! Jay Chou only received the ‘Phanta Bear’ NFT gift from PHANTACi, and is also happy for the success of the product’s sales, but Jay Chou has never participated in any planning and operation of the project, nor has he made any profits, so I hereby explain.”

What the hell is going on here?

PHANTACi and Ezek are the partners of this NFT issuance.

According to PHANTACi’s official website, the brand was founded in 2006 by Jay Chou and his friend Ric, and has launched a number of Jay Chou co-branded trendy clothing.

On January 1, PHANTACi’s official social media announced that “PHANTA BEAR IP is limited to 10,000 NFT collectibles issued by EZEKCLUB.” Obviously, this statement confirms that the Ezek platform has indeed cooperated with Jay Chou’s companies in this release of NFT.

According to the statement released by Jewell Music, it means that this IP authorization is used for free, and the income is completely owned by Ezek. Ezek has not disclosed much information before, what kind of background can use Jay Chou IP for free?

According to Ezek’s official website, the platform has three founders, but all three founders are displayed in cartoon images and their names are nicknames. The introduction of one of the founders is: “Will L, muscular man, once wrote lyrics for the king of Chinese pop.”

Fans who are familiar with Jay Chou know that Jay Chou does have a good friend who loves fitness for many years, Liu Genghong, whose English name is Will Liu. Previously, Liu Genghong wrote the lyrics for Jay Chou’s song “Back to the Past”.

And Starvision Entertainment Ltd. (S.E.L), the parent company of Ezek, was created by Liu Genghong.

Therefore, Jay Chou’s NFT incident may be understood as once again using personal IP to help friends’ new business. There are even many fans on social media who think that Liu Genghong once again succeeded in making money by borrowing his friend’s fame, and Jay Chou was consumed again, making a grievance for him.

In any case, Jay Chou’s popularity and popularity have indeed attracted a lot of attention for this NFT issuance.

Like Jay Chou, recently, the popularity of NFT and the Metaverse is inseparable from the influence of the entry of many stars. On the other hand, NFT and the Metaverse have also become new targets for many star investments. Celebrities such as Shawn Yue, JJ Lin, Lu Han, Stephen Curry, and Xu Jinglei entered the venue one after another, or issued their own NFTs, or purchased real estate in the Metaverse.

But obviously, in addition to interest, the stars have their own business experience.

Stephen Curry is a popular NBA star. On August 29, 2021, he announced the purchase of Boring Ape NFT and changed his social media avatar. This news immediately caused a sensation and became an important event for NFT to come out of the circle in 2021.

But for Curry, this may just be an announcement to enter the crypto market.

In December 2021, Curry released 2,794 NFTs on the exchange, which sold out in 5 minutes, with sales of $1.46 million. Curry released several NFTs that month, including the “Genesis Curry Flow” sneaker series NFTs, with total sales of about $4.8 million.

In addition to having a soft spot for NFTs, JJ Lin has gone further in the metaverse than other celebrities. On November 23, 2021, JJ Lin announced on social media that he had purchased three plots of land in Metaverse Decetraland, and called on fans to be neighbors with him. In addition, he also holds many well-known NFTs such as Boring Ape and Cypherpunk.

Among the stars, Xu Jinglei is a high-level NFT player. On August 14, 2021, Xu Jinglei changed her avatar to an NFT called Animetas. According to its records, the account currently holds 621 NFTs. According to an estimate by Lianxin, the NFT currently held by this address is worth more than 8.56 million yuan.

Among them, the current price of a boring ape NFT purchased by Xu Jinglei for about 500,000 yuan five months ago has soared to 4.28 million yuan, an appreciation of nearly ten times.

Previous ArticleU.S. productivity outlook ‘not optimistic’
Next Article How to buy cummies crypto?