Is Kucoin safe? 6 must know knowledge 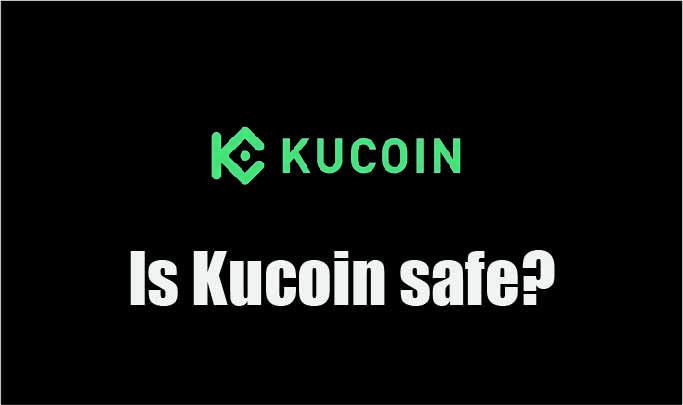 What is KuCoin? Is Kucoin safe? Quickly understand the background, strength, security risks of Kucoin.

KuCoin is a cryptocurrency exchange. Aims to enable investors to exchange digital assets and cryptocurrencies by providing an easy-to-use platform. Founded in late 2017, KuCoin has quickly become one of the most popular crypto exchanges in the world. According to coinmarketcap data, KuCoin ranks among the top five exchanges based on its spot market traffic, liquidity and trading volume.

In a short period of time, KuCoin has accumulated more than 5 million registered users from more than 200 countries and regions. And established a good reputation in communities such as Korea, Japan, Spain, Italy, Vietnam, Turkey, Russia, India and other regions.

KuCoin’s longest and most fundamental competitiveness is its strong technical R&D team, with the stability and excellent service quality that a world-class platform should have.

The future and huge prospects of KuCoin depend on a strong operation team for long-term and large-scale offline promotion and operation.

KuCoin was hacked with about $250 million in assets in September 2020. Most of them were recovered afterwards. KuCoin has continued to patch possible security breaches from the time they were immediately and quickly dealt with and promised to compensate customers. Including the increase of risk control system in WEB, APP and API and the deployment of network security using financial funds. Many users continue to use KuCoin. The number of users is still growing.

We excerpted the security scores of KuCoin from two industry companies, which may have suffered from the loss of hacked assets. Neither of them gave a high security score:

CryptoCompare scores from 8 indicators such as regulations, databases, and asset levels. KuCoin scored 48.36 out of 100 points, ranking 77th among 150 cryptocurrency exchanges tested.

On September 26, 2020, KuCoin issued a statement that they were hacked and are transferring a large number of assets in their hot wallet. KuCoin did not fully disclose how it was hacked. But because the assets are scattered in multiple hot wallets and have their own private keys. Hackers have withdrawn a large amount of hot wallet assets using only one computer. Many believe it should be the work of an insider. But by February 3, 2021, KuCoin said in a new statement that it had confirmed that it was able to recover about $240 million in stolen funds (84%). Of this, $222 million (78%) was recovered through the KuCoin team as well as other exchange partners. $17.45 million was recovered by law enforcement officials and security agencies. The remaining $4.55 million (16%) is still in the hands of the hackers.

Although 100% of stolen funds cannot be recovered, KuCoin was able to allow all users affected by the hack to regain full funds. The KuCoin team took out the remaining $4.55 million from their insurance fund that they were unable to recover from the hackers.

There is still no 100% safe way to store cryptocurrency. The safest storage method is the cold storage hardware wallet, and the risk of assets on the Internet or centralized exchanges will still be relatively high. If you plan to hold cryptocurrencies for a long time, it is recommended to switch to an offline wallet after the transaction is a safer storage method. Different cryptocurrencies may have different wallet recommendations due to different blockchains, usage habits, etc.

Overall it’s still reliable. Kucoin provides strong compensation support even if the wallet is stolen. Kucoin’s risk margin is ranked in the top ten in the world. The wallet address of a giant whale in Kucoin also has $130 million in tokens. Therefore, Kucoin is safe.