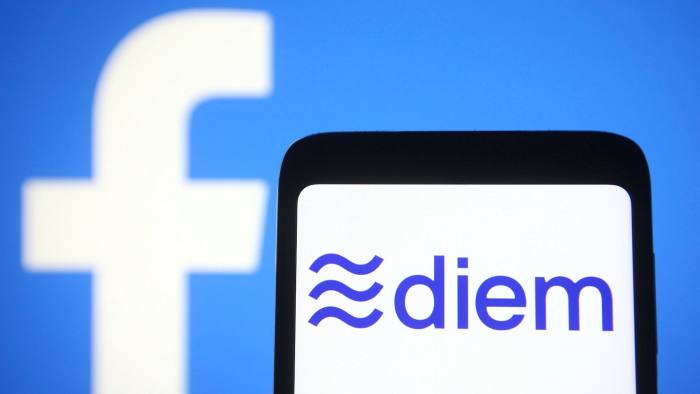 The vigorous global stablecoin project, which lasted two and a half years, is about to officially come to an end.

Libra, which was once highly expected by Facebook, has actually reached the brink of being sold.

Facebook’s encrypted stablecoin project Diem, formerly Libra, plans to sell for about $200 million to Silvergate, a bank that services bitcoin and blockchain companies, according to people familiar with the matter.

As a stablecoin project that has attracted worldwide attention, Diem has been ill-fated in the past two years. From the vision of changing the global payment system under the ecology of super social networks, to now having to be sold, we seem to really want to cooperate with Diem Say goodbye.

Silvergate, who may take over Diem, has long been linked to cryptocurrencies. This name may be unfamiliar to most users, and it is an important partner of major American cryptocurrency trading platforms.

Silvergate is a Federal Reserve member bank established in 1988. After CEO Alan Lane purchased his first Bitcoin in 2013, he found this market blank. Since 2013, Silvergate has been committed to providing innovation for the digital currency industry. Financial Infrastructure Solutions.

In addition to banking services, Silvergate is best known for its 24/7 real-time payment platform Silvergate Exchange Network (SEN). In the fourth quarter of 2021 alone, SEN processed more than $200 billion in transactions, and top institutions like Coinbase, FTX, Binance US, Circle, and Paxos are all SEN users.

Even FTX’s SBF once spoke highly of Silvergate, he said, “The time passed by an encryption company can be divided into the pre-Silvergate stage and the post-Silvergate stage. Yes. SEN is proving day in and day out that it is one of the key pillars of the cryptocurrency settlement layer.”

On May 12, 2021, when the Diem Association announced that it would abandon its plan to register with the Swiss financial regulator FINMA after a series of landing blocks, and returned to the United States, it found Silvergate and announced plans to cooperate with Silvergate: Silvergate will become Diem’s Exclusive issuer of the USD stablecoin Dime USD.

In Facebook’s view, working with a bank like Silvergate, which is both involved in the encryption field and a member of the Federal Reserve and regulated by the Federal Reserve, is a high-quality option that can obtain regulatory approval.

However, in November 2021, the U.S. President’s Working Group on Financial Markets said in a report that collaborations between stablecoin issuers and wallet providers or commercial firms could lead to an excessive concentration of economic power, a combination that could adversely affect competition. They also worry that users of a stablecoin in which a giant tech company is deeply involved will face undue barriers and costs when switching to a new stablecoin.

The loss of Diem does not mean that Facebook has completely abandoned the direction of digital currency. They still have an option in their hands – the Novi wallet, which is the original Calibra. It can also be seen from the naming that Calibra is a wallet specially built for Libra. Now there is no Libra, and the renamed Novi has completely abandoned its own native genes and continues to carry Facebook’s payment dream.

At the same time, Novi began to seek cooperation with compliant stablecoin issuers Circle and Paxos, and considered using USDC or PAX as its own stablecoin. At the end of last year, Facebook’s WhatsApp began testing cryptocurrency transfers within the chat interface for some users in the United States, and the tool was the Novi wallet.

At present, Novi is Facebook’s last option in the cryptocurrency track. In their All in Metaverse future, Novi may help them regain their dream of encrypted payments.

Since the publication of the white paper in June 2019, any news about Libra has become a hot topic. After all, this is the latest product of a super social network with nearly 3 billion users. Once it is successfully implemented, the potential impact on users will be immeasurable. News of Facebook’s foray into cryptocurrency also provided a boost to the market during a period of dismal market sentiment in mid-2019. Four days after the launch of Libra, Bitcoin stood at $10,000 again after a lapse of nearly a year. Then it rose all the way to the current high of $14,000 that year, and the total market value of Bitcoin also soared from about $160 billion to $228 billion.

But I didn’t expect that Libra’s debut was the peak.

In the first version of the white paper, Libra refers to the global payment network to form a currency basket containing multiple legal currencies and become a payment giant.

Under such a vision, investment institutions, blockchain, social media, communication companies, e-commerce, shared travel, non-profit organizations, music, travel, payment and other super giants, such as Visa, Uber, eBay, Spotify, Well-known top companies such as Coinbase have become partners of Diem, and a super-giant alliance is shining in Silicon Valley.

Libra’s lineup of partners at launch

But just when everyone imagined that Libra could change the payment landscape, the regulators did not take the lead. They did not recognize Facebook’s ambitions and worried that Libra’s status in the US dollar would even have an impact on the United States, especially Facebook, which has been labeled as “Internet Bully” label giant. Not long ago, Facebook leaked data and used data to manipulate the election. The impact of the incident is still ongoing, and the regulators have sneered at this once proud giant.

So, within four months of Libra’s launch, Congress held three hearings, and even Facebook founder Mark Zuckerberg had to personally participate in hearings to mediate tensions between the platform and regulators, but to no avail. Even though Zuckerberg sincerely told the regulators that Libra would have various KYC (user verification), user protection, and even said that Libra was a protection and enhancement of the US dollar, the regulators did not take it seriously. From the questions at the hearing, we can also see the anxiety of the regulators. As a company with a history of manipulating data, who can rest assured that the payment data of 3 billion people is handed over to you alone?

Under the pressure of supervision, many partners such as Paypal and eBay withdrew from the super alliance, and Libra was forced to revise the white paper. First, it introduced the anchor of a single stable currency, and then changed its name to Diem and only anchored the US dollar to meet the regulatory requirements to the greatest extent. Require. In the end, it was exhausted again and again, and regulation failed to make Facebook do what it wanted.

While Diem is still struggling to shore up the situation, the statement said what he was doing was still a “huge and wonderful opportunity.” But in the eyes of people familiar with the matter, Diem has long been a “zombie organization” that exists in name only. Don’t they have a chance of success? Not really, just so tiny, so small that it’s negligible.

In September 2020, Diem Lianchuang Morgan Beller announced his departure; in March 2021, another Lianchuang Kevin Weil announced his departure; and at the end of 2021, David Marcus, the head of the cryptocurrency project of Facebook parent company Meta, also chose to leave. The global regulatory siege has caused the leaders of these projects to retreat. The departure of the veterans has also dimmed Diem’s ​​prospects.

Whether or not Facebook sells Diem to Silvergate, stablecoin-based payment systems no longer seem to be a priority for Facebook, and the Metaverse is Facebook’s new tool in its current effort to change the world’s scornful attitude towards it.

The vigorous global stablecoin project, which lasted two and a half years, is about to officially come to an end.