DeFi and NFT: the infrastructure of the meta-universe economic system 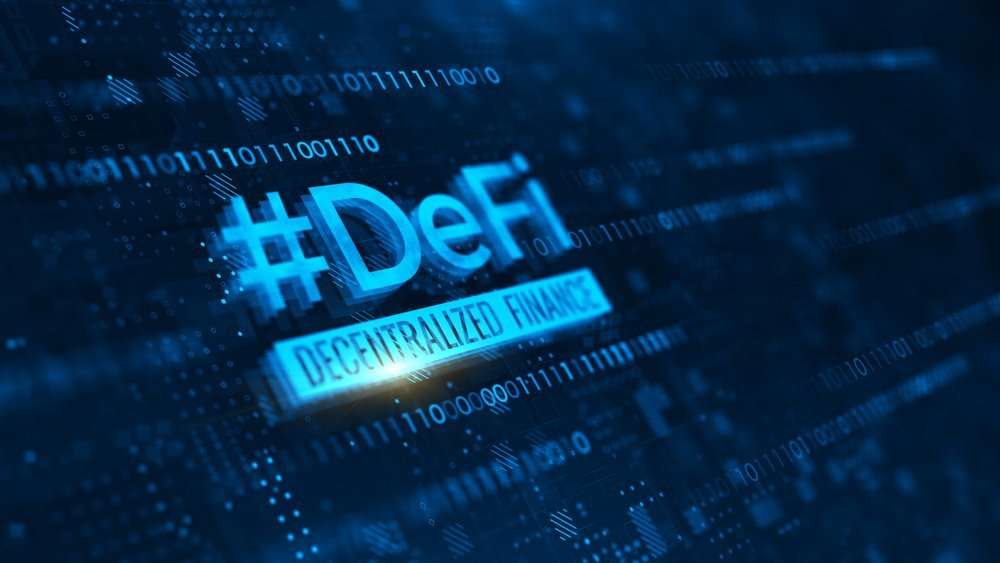 Social science is also a science, and it can even be said to belong to “natural science”. Many major issues in the social sciences involve causality. This year’s award-winning results show that the research methods of natural experiments can be used to answer related questions.

Nihilism is the perception of many people, just like a stone falls to the ground, they will think that it does not exist in the process of falling. They only think that the stone exists.

This summer, non-homogeneous tokens, or NFTs, suddenly emerged. An NFT head can sell for tens of millions of dollars, and various NFT projects continue to emerge. Last summer, decentralized finance, that is, DeFi, has suddenly risen. Various DeFi projects have emerged. More cleverly, the meta universe also exploded in “concept” in the second half of this year.

If someone mentioned Metaverse in the first half of the year, no one would have paid special attention to it. All this shows that in terms of technology and system, it is progressing step by step. Of course, it can be assumed that human evolution is advancing according to a certain trajectory, but I prefer to understand all this from the perspective of biological evolution. That is to say, the development of human society is not an inevitable development step, but continuous technological and application breakthroughs at all levels, and then at a certain critical stage, all breakthrough technologies and applications will be “integrated as a whole.” , And then enter a new stage.

The meta-universe is now in a chaotic period, and the three core infrastructures of the meta-universe: identity, mapping, and experience, have not really developed. Now, as long as we touch in these three directions, huge capital attraction will be generated. The information industry is transitioning to a trust industry, and the upgrading and evolution of all these industries are driven by the technological revolution.

The Tang and Song Dynasties were the peak of poetry and calligraphy in Chinese history, and it should also be the peak of humanity in the world. I think it might imply that Tang and Song Dynasties were also the most prosperous period of rule by man in history. Regardless of the rule of man, the rule of law or the future algorithmic governance, it is also the evolution of human society. Each mode will have a curve such as budding, development, peak, and decline. The current algorithmic governance is still in its infancy for human society.

Displaying NFTs online and verifying ownership can now be part of the new reputation system. The NFT verification function announced by Twitter may be followed up by other social media, such as Facebook, Discord, Telegram, etc. In this way, Ethereum is the background of the entire time and space. This is how Web2 and Web3 are integrated. Web2 has not been annexed and replaced, but has become a part of Web3. These well-known social media have become different as they are now on the earth. Countries, and Ethereum is the earth.

The news of Coinbase NFT once again stimulated the NFT craze. Not only did NFT not collapse, but the enthusiasm began to increase. The next climax may exceed 1 billion U.S. dollars in daily trading volume. Powerful players from all walks of life have challenged Opensea, coupled with the cyclical law of the bull market, it is also likely to stimulate Opensea to really issue coins this year.

It seems that many NFTs are related to people’s proof of work. For example, Coinbase is now engaged in pulling heads, chatting, or other behaviors of judging people. It has the characteristics of previous behavioral mining. There are indications that the application of NFT will have a strong connection with social and interpersonal relationships. The proof of human workload is the main mode of the NFT consensus mechanism. The current invitation and chat cannot be algorithmicized. It is a very early rough practice, but I think there will be algorithmic human workload proofs soon. In fact, The essence here is decentralized identity.

I saw some people’s conclusion: There is a clear trend now, and gamefi is basically not a pool anymore. I think the purpose of a pool is to send money so that big capital will come in, and big capital will bring in more retail investors, which is used to attract traffic. Now GameFi itself comes with its own traffic, so there is no need to spend more to buy this kind of traffic. As long as it has the ability to attract traffic, other types of projects will not be listed in the pool.

Since the Bitcoin halving last year, DeFi has also ushered in popularity. By the end of the year, after Bitcoin exceeded 20,000 USD, many established projects have also begun to rise. Among them, Dogecoin is more fierce, and Doggo’s followers SHIB is the biggest winner, and the Binance Smart Chain BSC ecosystem has also begun to explode. Looking at it now, over the past year or so, the real DeFi winners must be Zhao Changpeng and SBF. In other words, Binance should now “strive” the Ethereum mainnet + BSC’s imitation of Opensea, a completely independent project, and follow up with Coinbase NFT, and the NFT market as a whole will also be driven.

To put it more extreme, Binance should now “push” the Ethereum NFT market. Binance actually has a broader layout than Coinbase, and many of them have already achieved results. The Binance ecosystem has been formed. So he should go deeper into the sphere of influence of Ethereum applications (not just BSC).

Success is the mother of success. On the one hand, success is the cornerstone of the next success, regardless of accumulation of funds or accumulation of experience. On the other hand, it is the power of “gathering” itself, whether it is a gathering of popularity or a gathering of funds, the bigger the gathering, the bigger and bigger it is. This is determined by the properties of entropy reduction things.

Therefore, we will see that project founders who often start through a breakthrough will not only flash by meteors in the future. Even if the project is a meteor, people will come up with many explosive projects one after another, which are getting bigger and bigger. , Getting richer and richer. This is the case for most project founders who have ever shined. Even if some of them lost their voices, they either changed the door or engaged in other projects anonymously, because they had mastered the traffic password through a burst of money, and they had the password. Can create countless hot items.

The same is true for pop actors or singers. Good actors and singers can continuously launch popular film and television dramas and songs, and some can launch high-traffic projects even after disappearing for many years. In the final analysis, it is through the first burst of money to master the secret of activating the flow password, whether it is information flow or capital flow.