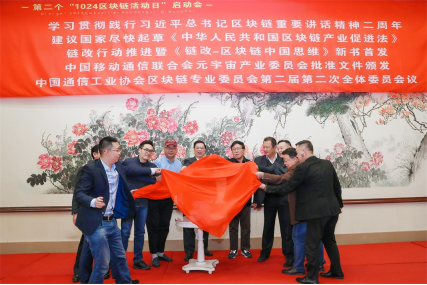 This year is the first year of Metaverse. Traditional giants and Internet giants such as Nvidia, Facebook, Google, Tencent, ByteDance and other giants have marched into Metaverse.

Although the ubiquitous metauniverse is still in its early stages, with the establishment of China’s first metauniverse association machine in Beijing, it will gradually enter life in the future.

What is the meta universe

“Metaverse” was originally derived from the book “Snow Crash” written by the famous American science fiction writer Neil Stephenson in 1992. The book describes a metaverse parallel to the real world. All people in the real world have a network clone in the meta-universe, which is equivalent to the new form of the Internet in the next stage after the realization of virtual reality.

According to He Chao, the secretary general of the Metaspace Industry Committee, the organization will assume the energy of the aggregation platform. Responsibilities and missions to promote the healthy and sustainable development of China’s metauniverse industry.

The China Mobile Communications Association (CMCA) was established in 2000, approved by the Office of the Premier of the State Council to establish, under the guidance of the Ministry of Industry and Information Technology, and registered with the Ministry of Civil Affairs, the only national association joint platform in the field of China Mobile Communications. The Meta Universe Industry Committee is jointly initiated by the Meta Universe Laboratory, the Material Chain Core Engineering Technology Research Institute, the Central Chain Laboratory, the Central Chain Live Broadcast, and the Central Chain Games.

What will the meta universe bring us？

The meta universe is an extension of real life on the Internet, and you can understand it as a new generation of Internet world. With the landing of the meta universe, it will connect the real world and the Internet. In the future, people’s life, entertainment, education, medical and other industries will continue to be digitalized.

The meta universe is still in its infancy. The ultimate goal of the meta universe is to create a world that is the same as the real world. This vision requires the coordination of all walks of life. The deployment of “meta universe” by various technology giants is only the first step in a long march, and there is still a long way to go in the future.

Metaverse is a vast project, and its implementation is inseparable from hardware support such as 5G, VR, semiconductor, MEMS, battery, cloud computing, and technical support such as blockchain, artificial intelligence, Internet of Things, distributed storage, and privacy computing. Construction cannot be completed overnight. With the development of science and technology, there are more opportunities waiting for us to explore in the future.